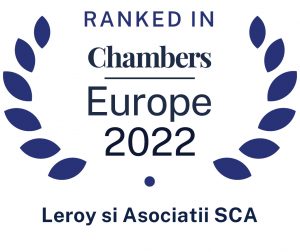 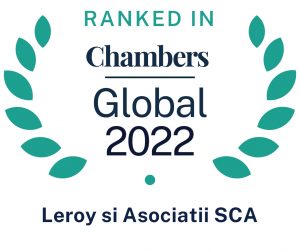 Founding Partner of Leroy şi Asociaţii and member of the Paris and Bucharest Bar Association.

He has been working in Romania for over twenty years, for the largest part heading the Bucharest office of the international law firm Gide. This office became the independent law firm Leroy şi Asociaţii in February 2014.

With almost two decades of cross-disciplinary experience in the Romanian market, Bruno has advised on headline M&A, real estate transactions and on sensitive European law and competition matters. This experience provides him with valuable insight into a broad range of issues investors are facing in building successful businesses in Romania.

He has gained in-depth knowledge of the business environment and has assisted a number of European groups on merger & acquisition projects, including the privatization of state-owned companies, capital market transactions and corporate restructurings.

Advising the world’s leading dairy products company on the acquisition of ALBALACT, the largest Romanian dairy producer on all transactional and regulatory aspects of the deal. This is the first significant voluntary takeover bid carried out on the Bucharest Stock Exchange, followed by the squeeze out of the minority shareholders.

Advising the Romanian subsidiary of the France-based Group Rocher, present in the sectors of cosmetics, textile-clothing, household and nutrition products in connection with the acquisition of 100% of the share capital of a distributor in Romania operating 40 stores.

Advising the Romanian subsidiary of a major Eastern European energy group in their plans to expand in the natural gas market, which has included the partial takeover of the natural gas supply activity carried out by a prominent local operator, through a client portfolio transfer.